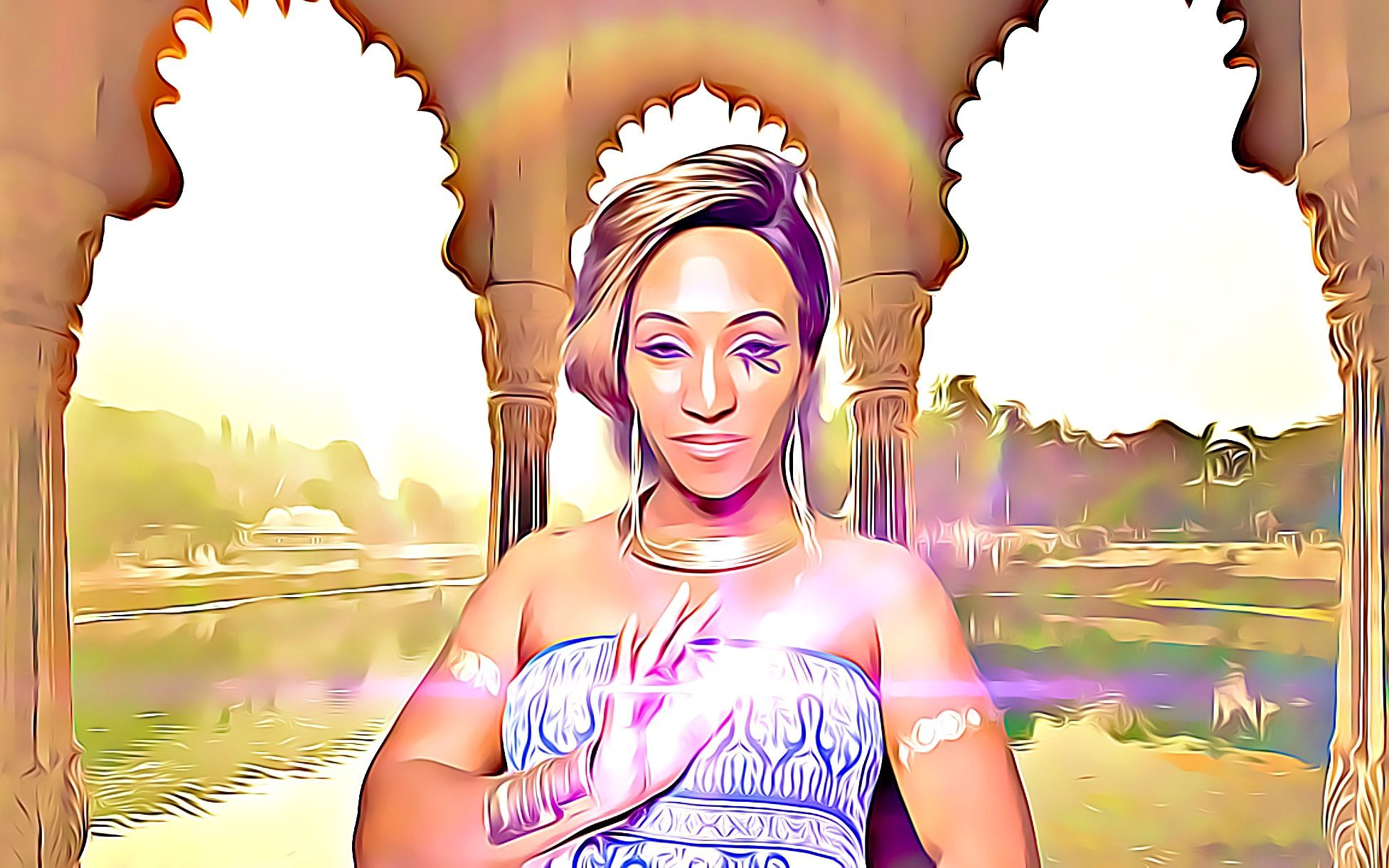 What’s in a Name?

We all know that names are used to identify places, things and persons.  A name is just a name to some, especially here in our western cultures.  However, within many ancient cultures there is an inner-standing that there is a greater meaning of names and the weights they tend to bear on a soul because Your name, when spoken, announces you and identifies your soul energy.

It used to be that when a child was born that the naming process was required, regarded and respected.  This was a deep, careful and lengthy process that was only completed by those divined to do so.  A tribalman would, on behalf of a family, discover the name of the newly born.  This revelation of the name was considered to define the path of the child and his/her life but sometimes a name was not yet ready to be released.  Some children would go nameless until it was spoken or provided by the divine ones that imparted the wisdom.  Until said time, that child would live nameless.  The natives felt a certain scarring of the soul would take place if even a temporary name was placed inapproptiately.  This is just how important this was to them in their understanding.  This sacred naming process is still used in various cultures but a little lessened than before.

Some cultures that are still familiar with the practice truly know the magic that exist within a name and how it should NOT  be taken lightly.  Native American, eastern Indian and African cultures still consider this to be an imperative process because a name is a mark…. it is the verbal mark that will be embedded upon that child for eternity or at least of this lifetime.  A name with heavy connotation will leave definite energetic impressions on anyone that they encounter and can more importantly alter the path of the soul that carries the name.  It matters not that the person is incorrectly perceived.  The vibration impression has taken place and can stick with them for life or until they change their name.  It’s quite a tricky thing when it comes to sound vibration i.e. our names.  We know so little still about how sound frequency affects the psyche and the auric and soul levels from person to person; but this knowledge is growing, so I have hope our humanity will grow to understand this knowledge in the years to come.

As we are speaking of changes, there have been many whom later in their lifetime have elevated and taken on a new name that better identifies with them on a deeper soul level.  Many times though, a new name is taken or attached to a person because of a profound journey they have either begun or are preparing to walk upon.  A new name, in lieu of this journey, will empower them along the way by reminding them of who they are and what mission they are assigned to carryout.  A new name opens the soul up to new gifts and so much more than that when deeply inner stood. Furthermore, the vibe of the name propels them and aids them in gaining momentum on the purpose path.   All things associated to the person, who they once were etc. more often than not has less weight than before.  This includes the labels and titles of character linked to them prior to the elevation.

When considering new mind paradigms I tend to look to nature to gain greater understanding.  I found this process and that of a snake to fully synchronize.  A snake sheds its skin many times in its lifetime, approximately 4-8 times in its 20 years of existence.  Each shed takes two weeks to process and the snake goes into a form of hibernation to complete it.  Once it has completed the level up, it is more vibrant stronger and perhaps even longer than before.  It detaches from what was once attached and leaves it behind, continuing its path full of newness and purpose.  Not once does it look back and say “hey, I misssss my old skin”.  Unlike us humans, snakes clearly are wise enough to know that the process of letting go old things and leveling up are truly more important.  Like most animals of nature, they only trust that process and know that it is absolutely necessary.

Learning along the way

In life we go through spurts of growth, vibrational adjustments and changes continually because we are forces of nature continually evolving.    We are multi-dimensional beings.  We rise.  We elevate.  We vibrate higher.  Just as the seasons change, so do we.  Our visions change as does our minds. These changes symbolize where we are, where we have been and sometimes where we are going.  So then, why mustn’t we change our names as well?

Spiritual names are vibrational blessings and further it is the frequency of our name makes the ride all the more easier.  If you receive a name, it is important for you to not shy away from it or shame it.  It is important for you to OWN it.  Within our society, taking on another name is like turning your back on your parents and your family but it is nothing of the sort.  I experienced this also and it took me years to absorb the name and stand in it.   My name for me was a hard pill to swallow at first. Khepra Wadjet Ra-El was a mouthful for me at that time and seemed unbelievable until I unraveled it one meaning at a time and it was then it all made sense but not enough for me to share it with the world.  I had just completed a spiritual initiation and deeply desired to know my true name.  I sat inside a deep meditation to hear it and yes, I was quite surprised.  The 3-7 days after that was quite amazing with all the awakening gifts and symbolisms that were sent to remind me to OWN my name.  Which I did begin to appreciate and connect with, just not outside my home.  It wasn’t until later that I recognized that I was essential denying myself this gift.  More on how later. 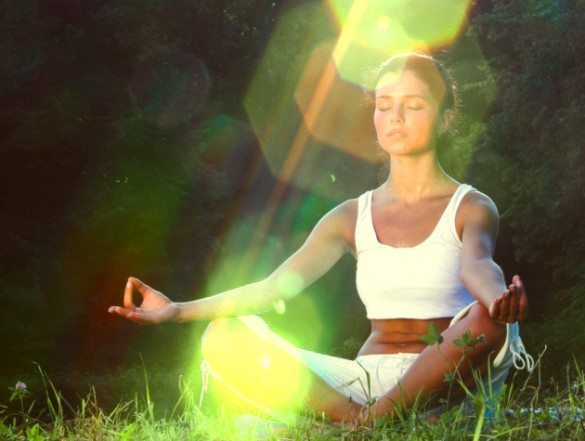 How to attain Your spiritual name?

You can ask your spiritual guide or spiritual family to supply your name by way of meditation or even by dream.  Both work rather well and builds your relationship with them which is priceless.  I highly suggest having a pen and paper handy and some music so you can easily get into the flow and hear what is said.  Be sure not to discount or doubt anything you may hear.  Write down everything you hear and sort it out later.   Also, it is key to keep in mind that it may seem like it does not fit or to large to carry but trust me when I tell you that you will grow into it.  I truly understand this now from my own journey.  When you learn this new partition of yourself, you may get super excited and want to share share share.  Instead, follow up on some deep introspection of what it means for you and to you how you can fit into it now and maybe later understand its origins and once all this is so solid within yourself make the decision to share it with the world and whom with.  Doing this prematurely with a person who may not respect your thinking or choice to change may speak in a negative  light and make help for doubt to come into the picture literally halting you in your tracks.  Be wise with this.  Keep your gift sacred because it is and share when instructed.

Another more popular way is by way of a shaman, priest/priestess, oracle or any person ordained to do so.  Always sit with what is given and moreover always determine if that person you are sitting with for this service is the right person for you.  Once your new moniker is bestowed follow the previous advice and allow it to kind of soak in.  As I touched on before, owning the name is important because it accelerates your growth and your journey.  Not doing so kinda slows the route and your processes that are meant to get you in alignment with your life path.   The more I have accepted my name and stood in its power the more I understand its meaning and when I have a new task within the mission I have taken on arises  I know more of the reason why it is so. I have learned in time it aligns with my core self though at first I could not even begin to see how it was real.  Allow yourself to  be in the flow, you will enjoy the journey greater if you do and feel more gratified by it as well.

Taking a new name may require an ounce or two of courage but I, within my own experience, feel it to be necessary when embarking on your new enlightened path.

Should you find yourself pausing to ponder if you should find your soul name but find your self uncertain, I want to drop a few historic and notable names to leave with you.

These highly rememberable souls influenced our world in major MAJOR ways.  They created the many changes necessary for humanity to move forward but first they answered the call to level up and their names within that frequency are held eternally in human history. Cheers to you as you unlock your next level in you soul discovery journey.

Sending all my love